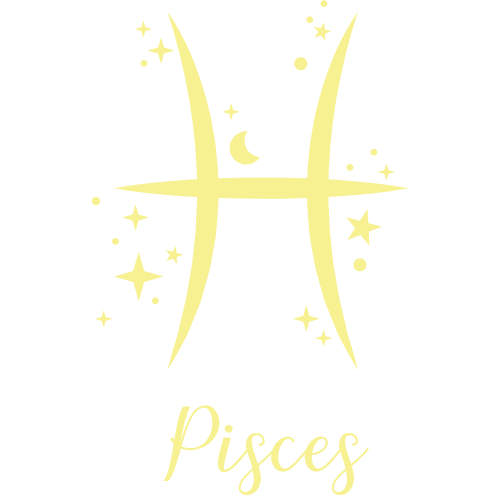 Yes or No Tarot

Pisces are not the typical freaks. The Pisces are very generous and kind as they have patience for others. They always have a strange vibe of freshness that makes everyone around them feel very good and they can be the most honest ones when it comes to being friends. Many a time the people born under this sign are the favorite people for a lot of the bunch. As they are not the freaks, one will not forget a Pisces in their near future and they won’t even try to do so. The Pisces knows what’s good for them but they still go after bad.

WHY DO PISCES GO SILENT?

They often get silent when they are disturbed by something or they have something in their minds. The Pisces are gifted with such a rich internal world and an ability to get lost in it when they go silent. They set aside time to create and explore new and old worlds that exists within them. They like reading books are it gives them the space they need to regain their energy. They do like to express whatever they have inside them but they do not feel like doing it when they are down. Someone’s mean words have different effects on a sensitive Pisces as they go silent.

WHAT MONTH IS A PISCES?

The Pisces is a mutable water sign and people born under this zodiac sign are born between 19th February to 20th march. This is the last sign in the zodiac chart and takes the twelfth position in the astrological birth chart according to the chronological numerology. Pisces is represented by the symbol of two fishes which are captured in a loop from one’s tail to other’s mouth or swimming in the opposite directions. The symbols means that it is a mystery or moreover it means the peaceful endings and even new beginnings.

This sign has sudden and blunt anger issues. Though they cannot control their anger easily they do lash everything out at once. They do not care about things when they are enraged, they simply insult people and make sure that their point gets firmly accepted by all. Thus, people around them needs to be careful and distant so that the Pisces cannot harm the people around them. Other than that the Pisces can control their anger on small things but not the big matters as they really piss them off. Lastly some of the Pisces do get their cool sooner as they realize.

Pisces is a sing which often likes control over physical, mental as well as spiritual levels. These people loves to be the dominators in a physical relationship and likes to experiences new things with their partners. They can become physical when someone provokes them. They sound a bit different from others as they connect to very collective people yet they are hyper empathic ones. They seem to be controlling but in a good manner and not by hurting someone by any means. These people do not fear changes and are ready to face the circumstances.

This sign is a bit complicated to understand when it comes on taking the revenge from people who cheated on them in not only relationships but also the friendships. They also can’t say no to someone and often do not like when someone takes the advantage of them. Thus many people have Pisces as their zodiac may have an intension to seek revenge but many of they let it go. This sign do not like it when they are questioned or blamed or accused or confronted. Pisces are very secretive and thus they do not share their revenge plans with others.

WHAT BODY PART DOES PISCES RULE?

Pisces controls the feet area of the body part as it is the last sign of the zodiac and relates the traits by controlling the last part of a human body. Many pisces have the issues related to the toes and feet as that area is ruled by their own zodiac sign. On the internal level, the pisces rules the lymphatic system such as perspiration, limbs, etc. they might experience health problems related to this. It is not common among the pisces that they experience the backaches and limb injuries because of the body part the pisces rules.

The pisces is ruled by the goddess ishtar. The ishtar was formally known as the goddess of fertility. However, she then evolved into a more complex character and a goddess of contradictory connections and forces. It doesn’t get more pisces than this goddess. Ishtar’s energy is mutable and contradictory just as the water sign-pisces. It enhances the loyalty and smoothness of the pisces and supplies them the energy to perform contradictory tasks in their lives which is not so common among other goods and their ruling signs.

WHAT HOUSE DOES PISCES RULE?

The zodiac chart is divided into twelve parts known as the houses which starts from the aries and end at the pisces. The pisces are ruled by the planets, jupiter and neptune. They are the twelfth house rulers according to the numerology and also because it comes in the end of the zodiac chart. This house is ruled by the jupiter in the 12th house and also the sagittarius in the 9th house. The modern ruler of the pisces is neptune. These rulers enhances the traits of a pisces in a mystical manner as it justifies their sensitive, loyal and patient nature

WHO SHOULD A PISCES MARRY?

The pisces is more likely to marry a cancer as it is a deeply compatible relationship. The pisces and cancer are both water signs and it symbolizes feelings, imaginations, fantasies, etc. both of the signs are looking for the love affair that is splendid in their manners and match their levels. They find everything in each other. The pisces needs nurture in a relationship and the cancer is ready to provide that even emotionally. On the other side the cancer needs the devotion and the sense of being in a relationship which a pisces can provide.

WHO IS PISCES BEST FRIEND?

They could be the loyalist friends until you crossed them after that it’s like you never knew them. Thus, not many people likes to lose the pisces as their best friends such as cancer, scorpio, virgo and capricorn. A pisces is dearly loved by everyone they befriend or even work with. All the pisces are the best secret keepers and they are the best one to open up with. They will love their friends unconditionally and will also support you during their best and worst. The pisces have the ability to love their best friends more than anyone can imagine.

WHAT IS A PISCES ENEMY?

Pisces are known to be very friendly and are always gentle to others. There is not any sign which you might get along with but the geminis. The geminis might be too much to handle for the pisces at times. They have to tendency to become uncomfortable for the larger than life- gemini and in return the geminis will try to make you into something which the pisces is not. The pisces might not always get along with the aquarius as well. As the aquarius finds the pisces a bit too emotional then what they are.

WHAT TRIGGERS PISCES WITH LOVE?

Pisces are the next door boy or girl, just like movies. They live on emotions, laugh over sadness and love the life king size.

WHAT IS THE PERSONALITY OF A PISCES?

Pisces are the patient and the loyal ones but their minds will still do what it pleases them. They are the people who never stop caring for the ones who they have cared about a long ago. Pisces often feels like they have different opinions which making it difficult to have only one outcome. Pisces have a great ability to motivate others. They are sensitive and prefer a happy fairy tale over cold reality. Pisces are very open people and are not shy to express themselves ever. These people overthinks about every details and still cannot stop that process.

WHAT IS PISCES SOULMATE?

The Scorpios are the soulmates for the Pisces people. They do fall in love with the Scorpios very quickly and it can also relate them with love at first sight when it come to a Scorpio. Though people say that they may fall in love with just anyone’s as they just want their prince charming. Many of the Pisces do believe in the soulmates and the connection of pure-true love as it is rare nowadays. When they fall for a Scorpio, it is unavoidable for them to be apart from a Scorpio. Pisces loves to love and be loved over anything but they hide it all inside themselves.

HOW SMART ARE PISCES?

These people are pretty much smart and knows how to get their work done from someone. Pisces are very soft towards their coworkers or the people working under them which gives them the ability that they can win their coworker’s trust. Some of them are sophisticated by all means. The Pisces are fond of the business relations which encourages them to form more allies and get better. Though they do make up bad things in their head and overthink it sometimes affect their workplace but they are smart enough to manage everything and making it normal as before

Pisces do enjoy making deep intimate connections. They are hopelessly romantic when it comes to any physical or intimate connection between the Pisces and their mates. Pisces are the slow lovers and like to keep the kisses slow and passionate but rough. They knows to be the tender loves as they have a sweet side which soothes their partners always and forever. They will make the first move whenever they are into the private place with their partners and will not hesitate to let their partners experience the immense love.

Ironically weird things like thunderstorms really excites them. Pisces enjoy solitude and many a times people do not understand this nature of a Pisces. They also enjoy being social especially with the people who they love and this makes them the most happy creatures on the world. The Pisces do find happiness in small-small things and are also loves being around animals. Many of the Pisces like a cute small dog and many of the Pisces likes the prettiest small kittens.