Rudraksha is derived from the Sanskrit word "Rudra", which denotes both anger and Shiva. So basically it's the Raudra form of Shiva. "Akshay denotes teardrops. Therefore, Rudraksh is a denoting of the "teardrops of Rudra or Shiva". "Aksha" can also take it's word roots from "Chakshu" meaning, eye. Therefore Rudraksh also means the "eye of Shiva". Rudraksh is a seed that is used as a prayer bead in Hinduism, usually, put hundred and eight together for a statistical holy Hindu number. Rudraksh is derived from trees of the genus Elaeocarpus, 300 species of which are found in the world and 35 are found in India. The seed is associated with the Hindu deity Shiva or more precisely Rudra, for the chant of "Om Namah Shivay". Rudraksh is specific seeds containing the chemical "Rudrakine" which is an alkaloid, which is unique to it out of the many alkaloids, flavonoids, steroids, and carbohydrates found in them.

Rudraksh seeds are very useful in many ways. They are said to have medicinal values. They are good anti-inflammatory agents. They are pharmacological and good insecticides. They are also meant to treat the psychological imbalances of anxiety, sleep disorders, migraines, headaches, nausea, etc. They are good for the skin and are the components of many skin creams of high profile brands. The fruit is a drupe and the drupe is meant to treat epilepsy, lock-jaw and sometimes tetanus.

Rudraksh has a high religious value. The beads are strung in a silk thread preferably of black or red color in the count of 108, as 108 is a very symbolic num er in Hinduism. The beads come in the factors of 108, like 27 or 54. There is always one extra bead, which is the Meru, Bindu or the principal bead. So the combination is usually 108+1, 27+1 or 54+1. This extra bead, or Meru bead is something that is the dot of the universe, which marks both beginning and the end of the entirety, and hence it denotes the beginning of the end of the chant of Om Namah Shivay.  The beads have a face and a tail, and hence the face of a bead must face the head of another and the tail of one should face the tail of another. Rudraksh is the symbol of peace. Rudraksh bead was said to be produced when Rudra closed his third eye and a bead fell from that place as a tear.

Rudraksh is seen to be based on the vertical lines running down the surface of the trees. There are various kinds of Rudraksh found. The Rudraksh has different mukhis or faces, ranging from 1-21, usually, 1-14 are common. These mukhis or faces are protrusions on the skin of the seed. The benefits and the good effects of the first ten Rudraksh have been discussed, as these are the most common ones found.

One Mukhi Rudraksh is ruled by Lord Shiva and it is said to destroy all forms of sins and leads a person the sacred path of moksha. It is a cleanser of the person of all forebodings and evils. This Rudraksh helps to cure migraines and other mental diseases. The mind shifts toward peace and stability. All planets are said to rule this Rudraksh.

Two Mukhi Rudraksh is ruled by Ardhnareshwar and the planet Moon. It symbolizes the relationship, Guru-Shishya, parent-child, and husband-wife. It denotes oneness in the relationship. It is said to remove the negative aspects of Moon. It is a psychological cure, for feelings like fear, anxiety, suspicion and gives satisfaction.

It is ruled by Agni and its ruling planet is the Sun. It helps in releasing a person from the cycle of Karma, the birth and rebirth cycle, which stops a person from moving towards moksha. It helps in alleviating the self-esteem of a person and cures the person of social anxiety. It heals gastrointestinal problems.

It is ruled by Brihaspati and the planet Jupiter. It is a symbol for those people seeking power and knowledge and hence it is worn by people for mental stability. It treats people of harsh language and gives them a soft-spoken voice and talk.

It is ruled by Rudra Kalagni and the ruling planet is Jupiter. This Rudraksh is the Rudraksh of self-realisation. It's a very important step, mentioned in both the Vedas and the Manusmriti. The knowledge of one's own self is the beginning of empowerment. This denotes memory, awareness and enhances vocabulary. It is a direct connection to Shiva and hence it is used most widely. It allays the negative energy of Jupiter.

The ruling deity is Kartikey and the ruling planet is Mars. It pacifies the fierce planet Mars and hence gives stability in our lives. It gives focus and will power to us. It blesses us with lick and fortune.

The ruling deity is Laxmi and the ruling planet is Venus. It is a symbol of health, prosperity, and acquisition. It is useful for those people are economically suffering and also poor in health. It gives the wearer status and fame in the society.

The ruling deity is Ganesh and the ruling planet is Ketu. It removes the obstacles in the path to success and helps to climb the rungs to our most wanted destiny. The wearer is blessed with knowledge, wisdom and wealth.

The ruling deity is Durga and the ruling planet is Rahu. It denotes dynasty, power, extension, and kingship. It gives two things, Bhoga: which is the wishes of the materialistic world and Moksha: liberation.

The ruling deity is Krishna and it is dominated by all the planets. It is a symbol of eternal peace and happiness. The wearer is allayed from all fears and negativism in one's life. It is worn to get success in deals, court cases, debts, and financial matters. It is one of the most powerful Rudraksh, to calm down all the nine planets.

Know About the Usage of Bakhoor Essential Oil and It's Benefits 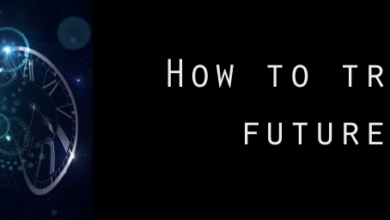 How to trust your future self? 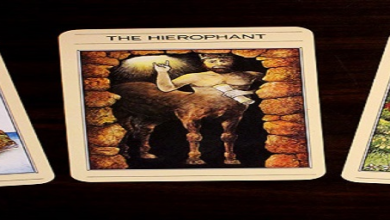