Astrology gives predicaments about the happenings of the future. Whether they are to be believed or not is one’s perspective that cannot be judged. This might not give a solution to all the problems that one faces in their career but will surely help out with choosing the right direction to move along. It is often said that as man imposes, god disposes of. This statement might be a backlash to those thinking to build a career in this New Year. Each of the zodiac signs has a different phase to arrive in this year, where a pre-exposure would give them a chance to correct their mistakes made knowingly or unknowingly. While some of the zodiac signs see a great rise in their career graph in this year, some others are expected to see a loss. The loss can be minimized by making the most of this year, taking fewer risks in their career. Hard work will always pay off, so disappointment due to these minute factors will indirectly lead to failure. Hence, one should not stop working hard and smart until the right time comes when they can reap the fruits of their hard work.

Voice of the zodiac signs in career

The zodiac signs will surely see major career advancements happening this year, owing to which their future plans can be made. This will inherently lead to an egoistic nature, which is not beneficial for any of the zodiac signs. Controlling this unwanted nature will take them a long way in their career, giving them the best career graph apart from satisfaction.

–        Aries – This year will be full of opportunities for this sign. They would move places, spreading colors of their success all along. All their hard work in the past few years will work in their favor, exposing them to newer and bigger opportunities where they prove their excellence. They would also travel for a greater amount of time, owing to their busy schedules. All their dreams of traveling abroad for work may be realized this year. Though many opportunities are foreseen, it depends on the Arian to utilize these opportunities properly and turn their career graph to the increasing side.

–        Taurus – This year will be the one full of successes to the Taureans. They will be presented with ample opportunities, presenting them with positions of authority and increased social status. This success will not be a short-lived one and would last longer if the Taurean would stay focused on their work. For those who take up responsibility seriously, this is the year full of enthusiasm and new positions, giving them the right break needed in a career. Though all the success is their way, the Taureans must not drift away from investing in their hard work and continue their regular schedules and methods of work.

–        Gemini – In a sign which generally delves deep into irrelevant aspects all at the same time, a special interest towards career growth will develop in the New Year. They would unknowingly shift their focus on their ambitions, leading them to work better in their career aspects. All the goals they had set in the past would rise again and cause them to work hard towards these. This year, their main focus would be career aspects over all the others. This is a happy moment for the Gemini, but, they would have to stay focused and not lose interest in their specialization to reach the peaks of their career. They are known to be easily diverted, hence, they will have to keep their attention fixed on to one particular aspect to fulfill their ambitions.

–        Cancer – This year will pose the Cancerians with a great number of opportunities to develop their passions which were swept aside for a long time. Cancerians tend to move away from their passions focusing more on aspects that grab attention in the competitive world. This year would work in their favor if they soulfully shift their focus on to their passions, the things that bring happiness. This could help them grow their career graph easily, taking them to higher positions at a faster pace.

–        Leo – This year would be fruitful for Leos given that they instill more trust in their strengths rather than mourning about their weaknesses. The leadership instincts they have will have to be displayed to the world this year without any amount of hesitation. They will have to be ready to take the lead without doubting their caliber, posing them with better opportunities in their career and leading them on a path of success. They will have to understand that hard work will be recognized by others, only when realized by self. They will be their sole motivation and guiding force this year. Their strength lies in no one else, but them.

–        Virgo – This year would give Virgos the break they needed for long. They will shift their focus on work that will actually benefit them and taking out time to make peace with themselves. They will enhance their skills and move out of their overly organized schedules to get a better time with the ones they love. They would maintain a proper work-life balance this year to gain their calm. Neither would they see a decrement in their career growth, nor would they in their personal growth. This will be a year of opportunities and calmness put together for the Virgos.

–        Libra – This will be a year of focusing on their interests in personal life and personal development rather than a career. They will be interested in finding happiness in their personal happiness and the time they spend with their loved ones rather than career-oriented issues. This might in one way lead to greater productivity in the least amount of time or a decline in their career graph. If they do not extend their focus towards career-related aspects for long, all the hard work they had done in the past will go down the drain. Libra must take care of this negative aspect to get a better balance of work and life.

–        Scorpio – Major career-oriented changes are not foreseen this year for career-related aspects. They will be oriented towards spending quality time with family and friends rather than increasing their career. Though this might appear to cause a negative inclination in their career, it will not, owing to the general intelligence of the Scorpio. They will have to be consistent in their working schedules similar to the previous year, which will give them success voluntarily. They should not move away from working, else they are bound to see negativities along their path.

–        Sagittarius – They will find life out of the office and hard work this year. They too will focus on gaining familial happiness and move away from focusing their interests on career growth. Their consistency will play a major role in helping them stay in their previously acquired positions. The happiness they gain through their newly made social life will motivate them to lessen the pressure on themselves and increase productivity. While the increased productivity might appear to be causing a load on the Sagittarians, they would find balance easily.

–        Capricorn – The naturally hard-working Capricorns will see no big changes in their graph because of their nature. The graph would keep going at the same pace as it had been previously. This year, they would learn to find balance in their life, investing time for happiness along with career growth. They would work on their future plans and the major changes they intend to bring in the future, which will leave them with a properly devised future plan and pleasant going present.

–        Aquarius – This year will be one full of recognitions and praise for the Aquarians. Their hard work that had been continuing for long will see rewards in this year. They will be presented with challenging opportunities, which they would make a proper use of. Their intellect and properly thinking nature would guide them along the path of success, just as they wanted. They will have to give their best, irrespective of the opportunity given, so as to maintain their skill and recognition in their career.

–        Pisces – Pisces are expected to work on their artistic nature in 2020. They will move away from their regular schedules and exhibit excellence in their newly discovered talents. They will have to keep enough emphasis on their normal career too in order to prevent a stooping in their career graph. They will have to make the best of all opportunities they are given. 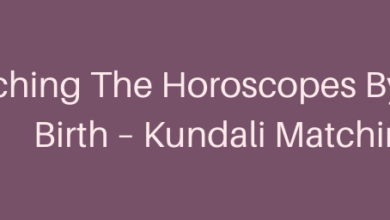 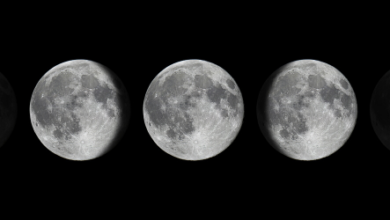 Basic and Common Mistakes Made by Astrologers 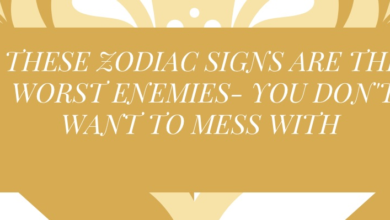