Popular among astrology enthusiasts, Numerology is an emerging field. The methodologies and methods are quite different from the traditional astrology, zodiac signs or tarot card reading. The differences it has makes it unique and a catch among those looking for astrological methods apart from the others.

The specialty of this astrological reading method lies in the way it is done. Unlike other methods, the primary focus here is the assigning numbers to letters and the subsequent operations involved. The way that this method keeps itself away from the others is a great attraction and muse to many. There are a few key elements in numerology that are used to describe the personality and future of a person. These elements are named as Soul number, destiny number, lifepath number and birthday number.

There are numerous arguments that mere numbers cannot dictate the functioning of a person’s life. Amid such denials and controversies, Numerology is a significant and impactful methodology to know what the future holds.

Each number among the significant ones are calculated in a different method. As children, most of us must have been charmed by the numbers all around us. Each had its own significance and certain patterns of numbers like 11:11 and the standard clock position of 10:10 had our attention captured.

The striking of huge wall clocks at 12 and many other instances like these have got etched in our mind. Like these numbers are to time and the specialty of it, life path, destiny and birthdate numbers are to numerology. Though interpreting them requires a great knowledge about the subject of numerology, the calculations do not require an extensive knowledge.

It is imperative to know and understand the significance of each of these numbers before calculating them so as to understand the concept of numerology.

The numbers, their significance and the process

Primarily life path number and destiny number are considered to have the utmost importance among all the other ones. When we look at these, they seem to be nothing more than a certain kind of calculated results, but each of these are an indication of the moment we were born and what it intends to convey. Like zodiac signs in traditional astrology, the root numbers form the basis of numerology. To look at the two numbers of utmost significance, we can say as below:

This number is an interpretation of who you would be as a person. It is calculated by using your date of birth and holds utmost significance. The importance of this number can be mainly understood by the amount of time it would be present in your life. This number is influential throughout your lifetime. If our body was the earth, this number explains the details of the core.

This number is calculated using the theory of Pythagoras that assigned certain numbers to letters. A set of letters are usually assigned a letter. A sum of these values and subsequent calculation to derive at a single digit would give the destiny number. This number is specific to the future. The ambitions, aspirations and expectations you have of your future would be reflected here.

Though used less frequently, another number is the soul number.

The soul number is a direct connection to the soul of a person, the inner-self. The way in which this number is calculated also has a significance. In the letters, the consonants are said to have sharp edges and pronunciations. Thus, these are a part of calculating the details about the outer self of a person. But this is not the same with the matters of the heart and soul. Also called as the soul urge number, this is particularly calculated by using the vowels in the name of a person. Adding up the vowels and subsequent reductions give us the soul number or the soul urge number.

Once these numbers are calculated, there are patterns which are highly specific. Some of them are considered to be unique and symbolizing a special trait. Irrespective of the other numbers, there are certain characteristics associated with the lifepath number in numerology.

Though most characteristics of these numbers match with the zodiac signs, the calculation and interpretation are the major differences. Understanding numerology provides a great insight into how we function and what our future holds through a different lens.

TESTING THE ODDS AND EVENS OF NUMEROLOGY

There are more than 59 types of tarot decks which one should you be choosing? Negative Tarot Reading a Boon or a Bane? Find Out!! 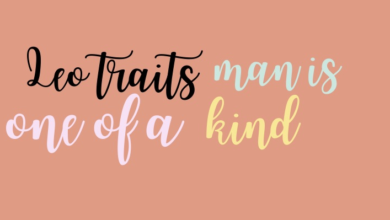 Leo Traits Man is one of a kind! 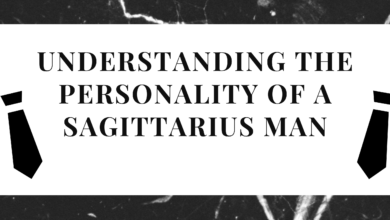 Understanding the personality of a Sagittarian man