In Hindu culture, people often believe that their destinies have been already written by their Gods. You will notice them covering sides of the newborn with an empty paper symbolizing that bhagya and bidhata will be the destiny of that child. Kundli Milan gives us vast perspectives of how to coordinate with certain life events pre and post marriage. It oversees the bad and the good side of doshas.

In astrological sciences, people have a strong belief in planetary motions and its stances that hold a very crucial role when it comes to influencing our lives. As we all know that planets have been known for their immensely powerful energies and are the cause behind favourable and unfavourable outcomes. Mahadasha has been known as the period in the middle where the planet has it’s great amounts of strengths while giving unfavourable and favourable outcomes established upon its placements in the Kundli.

Sun has been considered to be 6 years,

Moon has been considered to be 10 years

Mars has been considered to be 7 years

Rahu has been considered to be 18 years

Jupiter has been considered to be 16 years,

Saturn has been considered to be 19 years,

Mercury has been considered to be 17 years,

Ketu has been considered to be 7 years

Lastly, Venus has been considered to be 2 years.

The only mere cycle enabling us to recognize Varshphal and doshas are numbered to be numerous in terms of acceptability, the simplest, easiest and the most famous one is Vimshottari Dasha.

Sun has been known to be Karak for the human soul, while the moon is symbolic for the mind, mercury for our intelligence levels, Mars is for our strength, Jupiter for human beings, Saturn for human age and venue remain the symbol for women.

Calculation of all dashas related to such planets must be performed country-wise, situation and time.

This has been known to be the 3rd Yogini Dasha with Jupiter as it’s lord. Its time longevity is 3 years and has been determined to be favourable.

In this Dasha, natives are bound to taste success and progress. However, Jupiter remains the planet of karaka in terms of spirituality and religion.

The said period of this dasha only lasts for 1 year, their lord is deemed as the moon. In this Dasha, natives are known to be in their purest and calm sense. They are super religious and indulge in good deeds

This is the mercury’s Dasha. Its time period lasts for 5 years straight. This has also known to be favourable while providing favourable outcomes for the individuals. They get a lot of love from their family members.

This dasha lasts for about 7 years, it is venus’ dasha and is favourable. Natives under this will have a sought afterlife in terms of materialistic needs and wants and attain a great instance in their professional lives. They are super active and fun.

This is known to be Rahu’s crucial dasha and it lasts for 8 years. It has been known to promote wealth and indulge into utmost fame to a person. They are distant from their families and are extremely stubborn. They remain aggressive all through their lives and would suffer through turmoils.

This dasha has a period of 4 years and its lord is Mars. It is said to be making people extremely hardworking and punches his own signature in the society. This dasha will make a person go into a certain dilemma of life. They often jump from place to place in search of work stability. And since mars have been considered to be a hostile planet, it will have outcomes like major deformations.

This dasha lasts for 18 long years and in these times, the person loses his direction in life, the rights and wrongs in terms of distinction.  The person will be indulged in various addictions like gambling, alcoholism, and drugs. They will lose their religions and the sense of time.

Kuja dosha added with Manglik dosha is the combination in the horoscope. In this, Mars gets it’s placement from 2nd to 12th house. The person having mangal dosha is called as Manglik. Mars is inferred as malefic, and his placement dominant in disasters, conflicts and issues in married life.

Saturn is the most powerful planet when it comes to punishing people who do acts which are unlawful. Shani dosha has a lifetime of 19 years. Saturn doesn’t harm you often, only when it collided with malefic planets

This is the most intense and serious dasha. It’s caused conflicts because of its wrong planetary position in the birth charts. It runs for 7 long years.

What does Stumbling on happiness says about imagination? 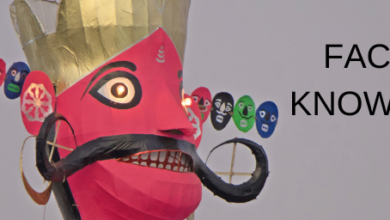 FACTS YOU DIDN’T KNOW ABOUT RAVANA 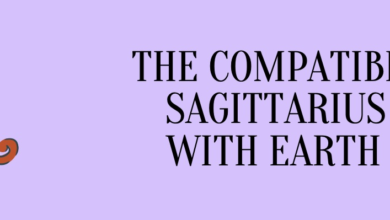