Sun is the ruling celestial body and when found in the third house of the Natal Chart, it brings with itself humongous options for explorations. This situation plays an important role when it comes to communication and other behaviors of a person who has the Sun in his/her third house.

The third house is the house that has its effects on the various modes of communication. It includes things like T. V., Radio, social media, Telegraphy, postal and many other things which have an important role on communication grounds. Moreover, when the chief celestial body is found in this house then such people are inclined towards conversing with others. They tend to talk a lot and also like to visit new places. In a nutshell, they have the personality of wanderlust who loves exploring new places and new people.

Let us see what are the other positives and negatives of the occurrence of this situation.

Aspects of Life affected due to Sun in the third house

The bearers of Sun in the third house can be defined in a single word – Humanitarian. They are the true example of humanity and are always ahead to walk miles for the betterment of others. Their goal is mainly focused on devotion to other’s life. They are pretty much into this naturally. These people are usually very close to their family and for them, their relationships play a vast role.

This group of people is pretty much ahead intellectually and is very self-reliant. They are clear about what they want in life and this is also something that fuels up their confidence. They are ambition-driven people and they take all the events and situations of life as a challenge. They are seekers of knowledge, always interested in learning new things. What makes them stand out from the crowd is that they not only learn things but also share them with people who are close to them. The bearers of Sun in the third house are the ones whom no hindrance can stop from reaching their goals. They always strive to achieve better and to evolve into a better version of themselves. Thus, they are truly deserving of the opportunities they get.

As they are the seekers of knowledge, hence, travel is one thing which interests them over anything. Before believing in something they tend to find evidence for it. For them, education and knowledge is something which is very much important.

The bearers of the Sun in the third house are people who are mostly interested in dramas and arts rather than mathematics and shine. That is why you will usually find them leading in various fields related to art, culture, and literature.

Like every coin has two sides, in the same way, every situation is not just about positives. It is about the negatives too. These individuals are very rich intellectually but the problem arises when they start bringing their arrogance and superiority in between. They might turn impatient about not being heard. When it comes to their bonds with different people who are close to them, they usually think that they are always right in every situation which creates misunderstandings with people around them.

Their habit of making extra efforts for others might end up in situations that could be problematic for them. And this may lead to the interference of others in their work. Thus, it is recommended for them to not only think about others but also for themselves too.

People who are bearers of the Sun in the third house should be careful about when they are expressing things to others.

When Sun rules the third house, it is very important to understand the good things and the bad things. They are the ones who have selflessness like no one else. They are a lot into communication. This habit of talking a lot might land them up into a problem because they do not think much before expressing their views. Thus, it is recommended for them to think twice before reacting/responding to things.

Do you know about the Sagittarius in your life? 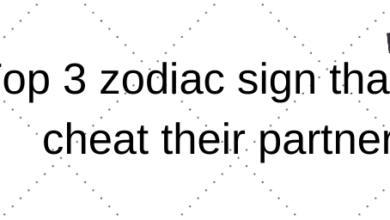 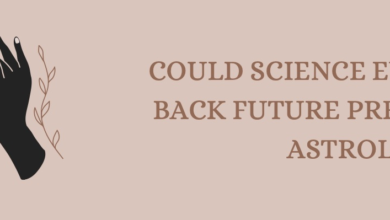 Could science ever be able to back future predictions and astrology?