WORRIED YOUR SHANI IS HAVING NEGATIVE EFFECTS, IT’S TIME TO WORSHIP LORD SHANI. FOLLOW ALL THE RITUALS FOR SHANI JAYANTI AND BRING POSITIVITY IN YOUR LIFE.

I am sure all of us must have celebrated Shani Jayanti at least once, but have you ever wondered why do we celebrate it? What is Shani? What are its effects on our lives? Well I too have always been curious so after researching I have finally found the answers to some of the basic questions.

Shani is amongst the nine planets of the solar system, it’s the planet Saturn. It basically defines a person’s wealth, health and popularity. Even though in astrology it is alleged that a person born under the weight of the planet Shani has bad luck, some argue that this is just a misunderstanding because of fear of pain or loss and that is attributed to Shani. Hence to minimize the effects people worship Lord Shani or as we say celebrate Shani Jayanti.

Shani is said to have command overall gross and inert forms of life. It has authority over gross elements of the human body like the function of nerves, nails, hair, cells, teeth, skin, and bones. It is also believed to have power over death too.

Shani can create situations that cause people to lack motivation, inspiration, and vision. It decreases the concentration of a person because of which they can’t commit to a path causing pain which is the result of the inability to achieve something. Shani is a slow-moving planet; it has authority over limitations to cultivate the lessons and teaches the people to evolve spiritually.

Well just like a coin has two faces, Shani has positive effects as well. It is said that a person with a strong Shani has a steady life without any extremities. It brings wealth and good health.

Now coming to the main question, what is Shani Jayanti? Shani Jayanti is basically the day when Lord Shani, son of Suryadev was born. It is said that Lord Shani controls Saturn and has a great effect be it negative or positive is everyone’s life.

The Hindu community worships Lord Shani to avoid any negative effects of the planet in their lives. People who have Sade sati or Saturn cycle is their life worship, Lord Shani, on Shani Jayanti.

People fast as well as visit temples on the day of Shani Jayanti in order to please Lord Shani. It is believed if Lord Shani is happy, it blesses the people with luck and fortune. The position of other planets with respect to the position of Shani is also important to bring about positivity in an individual’s life.

According to the Hindu calendar, Shani Jayanti is celebrated on Amavasya Tithi in the month of Jyestha whereas in the Gregorian calendar it falls during the months of May or June. In the year 2020, Shani Jayanti will be celebrated on 22 May.The sun is scheduled to rise at 5:46 am and set at 7:00 pm on the day of Shani Jayanti. The Amavasya tithi is set to begin at 9:36 pm and end at 11:08 pm.

Shani is also known as the Planet of Karma, hence it offers success to only those people who have gone through many struggles and have worked really hard to achieve something. Whether an individual is blessed or will be recipient of bad luck depends on all the karma done by the person in their life.

All individuals are said to go through a phase called Shani Sade Sati once during their lifetime. This is known to be the hardest time in the entire life of a person, it is full of struggles but the person who endures through these struggles and does good deeds will be blessed immensely by Lord Shani.

There are many rituals to be followed on the day of Shani Jayanti, which are as follows:

·       Havans or Yagyas are performed along with the Saturday Pujas as this is a special puja.

·        These Pujas are supposed to be performed in a Navgraha or a Shani Temple, as this is the most auspicious location.

·        On the day of Shani Jayanti, the Shani idol is cleaned with Ganga Jal, panchamrit and oil.

·        The idol of Lord Shani is presented with a necklace of nine gems which is called nauratnahaar before the puja is performed.

·        To ensure no obstacles in a person’s growth a Shani strotra or Shanti path is recited at the beginning of the Puja.

·        It is understood that on the day of Shani Jayanti a person should donate black colored clothes, mustard oil, black sesame so that he can lead a hassle-free life.

·        Many people get a Homam done on this day, but they should be careful as to get it done only from a good priest and not get fooled by imposters.

Shani Jayanti is believed to have a very positive impact on the lives of people. This festival is celebrated throughout India with a lot of faith and vigor. Thirunallar Shani Temple and Kokilavan Dham Shani dev temple is very famous for celebrating Shani Jayanti on a large scale. 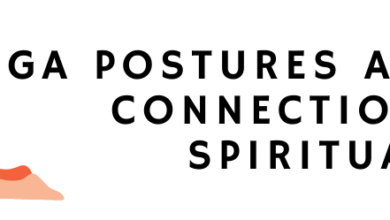 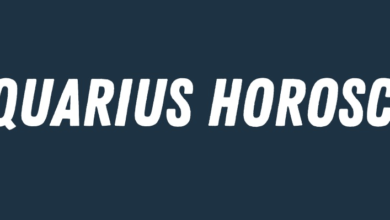