We are almost heading towards the end of this year. Greater plans arrive soon for 2021 and it’s hard to believe that 2020 went a waste. With a new year on the way, we start the new times with grace to a dime. We are not very far from June again, anyways. As time flies by like a rocket in the sky. Let’s know the magical ingredients set in the number 6: June month, also deemed as the 6th month of upcoming year 2021. June’s Gemini has a lot of tales to tell. But, what is that number 6 makes everything worthwhile to live and dive for them? Their relentless energy is high up in the sky and there is no doubt about that.

6TH MONTH OF THE YEAR

The feelings of conflict are attached largely to the 6th month of 2021. You are about to relish the completion of one of the biggest moments of your life like groovy weddings and the most-waited graduation ceremony. Yet these times where the cycle of ending strikes will definitively put the blue-jays to tears. You are bound to experience a basket of immense nostalgia which would make you overwhelmed. All these times, you will step your feet inside the new world where you will be glad to see your children become completely independent and on their feet. These are the feelings of conflicts which are bound to spark a tear. This is what makes this month as a whole. It defines the significance of number 6 in your life.

MEANING AND ASSOCIATION OF NUMBER 6

Though people in ancient times thought that number 6 was an omen, in millennial era there is nothing as close to omen. In fact that ideology was created and accepted by the illiterate society. Number 6 refers to the sheer number of soul mates. Numerological terms, number 6 are known for its association with June month. Gemini is the zodiac sign for this month which indicates longing for romance.

The perfect number which is considered in the heart of numerology is the number 6. A mere symbol which embodies number 6 is a straight and a simple line which is paired at the end with one of the curves. It is the display of sheer balance and a sound harmony 6 procures as a whole. When you do certain introspection to this symbol very closely, it happens to be the splitting symbol displaying yin/yang, also known as complementary pair.

6 AS THE LIFE PATH NUMBER

Having said that, 6 is considered to be the life path number which opens its association with major doors of harmony, greater responsibilities, security as well as relationships. This number is the sixth month of the calendared year, whereas number 6 is also associated with the zodiac sign Virgo which is the sixth sign. Both the signs Gemini as well as Virgo have been known to reign by Planet Mercury in terms of communicative levels. Also known as the mutable signs in the clutch of the zodiac, they are the most adaptable ones and may straddle the changes in life by going with the flow.

NUMBER 6, JUNE AND THE SOUL MATES

Diving deep towards the end of the month of June, stern energies of Cancer zodiac sign will be gravitating. However, June’s association with Gemini speaks about the pairs in numerology and Lovers card in terms of Tarot readings. Gemini oozes high levels of romance which is quite inherent in them. It is the proven fact that the number 6 only holds the significance of soul mates which symbolizes the constant flow of love and romance in a Gemini.  In fact this sign is also mutable as well as reined by the stream of air. As a matter of fact, these two big facets are indicative of the social and flirty nature of a Gemini as well as the tremendous energies flowing through them as all times. Apart from that, this zodiac sign has been known for their least amount of attention span as compared to the others. They seem hell bound to encounter next love as quickly as possible. The rush is often running into their veins. 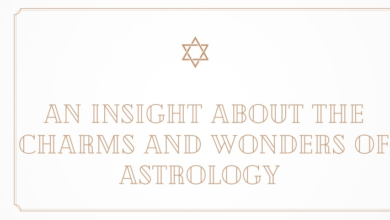 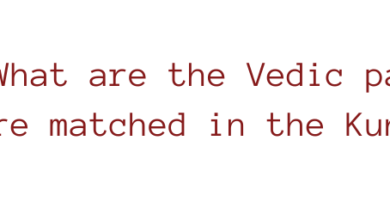 What are the Vedic parameters that are matched in the Kundali matching? Crabs V/S Sea Goats- What is the right choice for a Taurus woman?