The presence of the Moon in Aries signifies that the natives will embody both strong emotions and a fierce personality at the same time. Your elements, dear native, are cardinal and fire, which you seem to share with renowned personalities like Al Capone, Angelina Jolie, and Marlon Brando.

A person with the Moon in the Aries is an embodiment of positive traits like brave very, enthusiasm, independence, adjustment, and innovation. While on the other hand, the same person can also come forward as impatient, instinctive, and ill-tempered. Like every other person, you too are a mixture of the good and a little negative.

The personality of The Moon in Aries: Decoding

As a representative of the emotional aspects of a human being, the Moon, with its presence in Aries can speed up the person even further by the emotional intensity and passion towards the goals. While Aries itself is a sign that hurries when it comes to achieving benchmarks, the presence of the Moon is only going to intensify this urge to achieve success right away.

Moreover, the fact that the Moon is representative also of imagination, desires, and emotions casts an impression on Aries. No matter what the task is, once Aries has committed to achieving it, there is looking back! Their intense passion may find reflection through physical acts, but one should always attempt to avoid acting out of impulses.

Positive Traits of The Moon in Aries

The combination of Aries and Moon is an undefeatable one. The dedicated Aries, when merges with the passionate Moon, comes to constitute a person who will succeed at every endeavor in life. The overpowering passion can sometimes make the Aries compromise with their emotions. They know exactly which one to prioritize at the moment. But it becomes extremely difficult for them to battle their expression or things that make them sad.

Life is bound to throw challenges to their face, and the Aries will almost every time emerge victoriously. They dare to stand headstrong in the face of every battle and will win over.

An Aries values emotions and is therefore forgiving by nature. It is because of this empathetic quality that is considered to be the best of friends and honest partners.

The best part about the character of such individuals, however, is their respect for others. They value their respect and this is the reason why they understand what it means to be respected. They are willing to offer respect to the elder and younger alike and will justifiably expect it to be reciprocated.

Negative Traits of The Moon in Aries

When Aries is accompanied by the Moon, it can lead them to refrain from expressing themselves unless they feel that it will benefit them in any way. They do not have much patience and will never go about ranting about the same things over and over again. They are people who will usually forgive the one at fault, but if they do not seem to be able to forgive, they will launch an attack without a second thought. Their straightforward and impulsive attitude is often considered detrimental for them.

They are people who cannot sit and wait for the sequence of action to unfold. Rather, they believe that they can stay happy and content by taking charge of every situation because that is how they manipulate things and turn them in their favor.

An Aries with the support of the Moon has his/her laws. These are the laws that govern their lives and they are not meant to be bound by restrictions other than those that they have upon themselves.

When the Moon resides with Aries, the person can become more passionate in approach towards everything in life. Be it on the professional front or the personal space, Aries will make sure they enjoy and feel passionate towards whatever or whoever they are engaging with. This not only ensures that they are thrilled by every new idea but also assures that they will succeed.

An Aries may not have a long drawn social circle, but the only people he/she trusts are trustworthy and will jump in to offer an instant solution at any point in time. It is only within this circle that they are comfortable and revealing their real self. It is impossible to not notice how different the same person can be around different people. The child within an Aries will only find an expression when he/she is assured that they will not get judged. 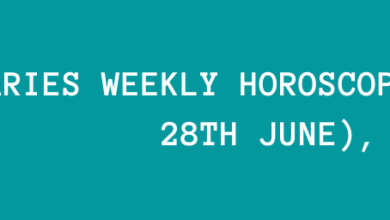 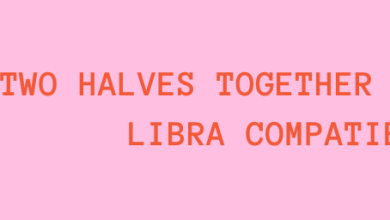 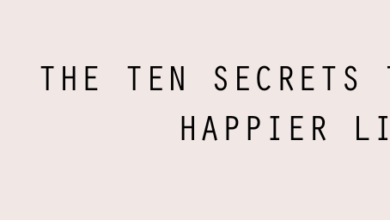 THE TEN SECRETS TO LIVE A HAPPIER LIFE