Astrology is the study of the movements and positions of celestial bodies. These movements of the sacred bodies of space will leave a profound impact on human lives on earth. This so-called pseudoscience, astrology, has been gone through various advancements. Now let us work on the subparts of Astrology.

Coming to the subpart of astrology, we have nine subgroups under the main subject called Astrology.

Astrology is a subject which, when practiced well, gives good outcomes. The factor that is most important for a person in his life is health. There is the most famous proverb which says

" Health is wealth." As we all know that money can bring everything to a person in his life, but there is one thing that can't be bought with cash, i.e., health. God usually blesses a person with a fixed amount of money in his life. However, the native must undergo various incurable, chronic, and loathsome diseases based upon his karma done in his past life. As mentioned when astrology practiced in long terms will make that person a leader who can show light in their lives. Now there will be a question frequently raised when dealing with medical astrology. Medical astrology is the one branch of astrology that deals with the diseases that make a person suffer because of them. That is, "what if the person is destined to suffer from that disease?". However, I do agree with it. But the intensity of suffering might be reduced to some extent when one takes the help of medical astrology.

This branch of astrology deals with the forecast of the weather. Astra-Meteorology has become quite popular all over the world. Many countries in the world have adopted this method to determine various natural phenomena around them. However, the various natural events like droughts, heavy rains that cause severe floods, breeches, etc. Many scientists who worked in the field of weather forecasting stressed on the fact that the Astra-Meteorology would help the government and other scientists in reducing the cost of determining the weather. However, the results of Astra-Meteorology and the results that are given by the almanacs have no connection. One of the greatest of astrologers, LLEWELLYN GEORGE, says that " It is only a matter of time, however, when nations generally will recognize this information and include it in their present calculations, thus making their system more practical, serviceable and efficient." Therefore this is one of the most popular branches of astrology that is widely used in real-time applications all over the world.

Judicial Astrology is the branch of astrology that gives the knowledge to predict essential events which a country will pass through. The significant issues dealt in this subgroup is about the wars, earthquakes, financial improvements or crisis, loses by fire, flood, famine, etc. can be foreshadowed. However, this branch has not been wholly reached its advanced stage, yet it is in its preliminary stage of improvement.

Natal astrology entirely deals with the lives of humans. This is done based upon their date of birth, time of delivery along with the place of birth. Generally, a chart will be made using the given date and place of birth of an individual. Once the chart is prepared, that can read all the events that happen in that particular person's life. These may include his character, peculiarities, longevity, condition of his heath at different times of his life, any accidents or misfortunes in his life, finance, marriage, education, the birth of children, etc. can be predicted from the horoscope or chart prepared based on the date and time of the birth of an individual.

This branch of science deals with all the mysterious facts related to the world. This branch has all the aesthetic principles included in it. After knowing the principles involved in this branch, one can correct and clear the predictions and thus precise them. Therefore the astrologer can use the other methods, justify the predictions with proper explanations.

This branch entirely deals with the issues with any new undertaking. The Electional Astrology includes indicating the most auspicious time for the new tasks. These include showing time for marriage, upanayana, construction of houses, purchase of costly articles, time of getting admitted in the hospitals, time of operation, time for social functions and religious functions, purchase of a car, admission in schools and colleges, joining duty or taking any charge or handing over command of responsibility, purchase of lottery tickets, etc.

This branch deals with predicting a person's life using kabbalah's lens. This astrology is also known as mazal or mazalot.

This is the branch of astrology, which mainly deals with giving predictions by looking at the person's face or asking him to mention the name of a flower.

Omens are mainly used as indicators. When a particular branch is used for predicting something in a person's life, then indications are used as an indicator in that case. Thus this will give an accurate prediction. 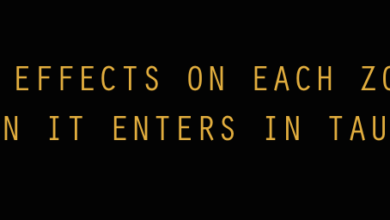 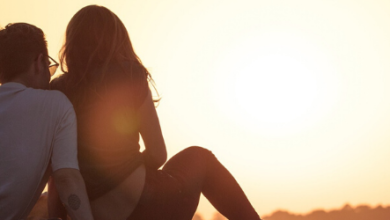 Pros and Cons of Dating and Relationship with Astrological Scope Significance and Importance of Vishwakarma Puja 2020