Scorpions are the ones who are intense, passionate, and compassionate towards whatever they decide to do in life. These are determined personalities and driven by perfection. The people who belong to this zodiac sign are extremely great at performing their responsibilities. Moreover, when it comes to their loved ones Scorpions are very possessive.  Their friends, family, and love partners play a vital role in their life. They care about others and also expect the same from others.

Whereas when we come to the Planet Mars, it is the second ruling celestial body and dedicated to achievers and leaders. Mars Scorpions are people who enjoy building a great life for themselves but at the same time, they are also driven by the charisma of others around them. They are intense and emotional who like to be surrounded by worldly materialistic things. Few keywords to define people having this alignment are Emotional, Complex, Secretive, Obsessive.

PERSONALITY OF MARS IN SCORPIO: DECODING

(1) Extreme – The Scorpions who have alignment with Mars are love to have things that are beyond perfect. They expect to add on anything to make their efforts picture perfect and at the same time, worth appreciation.

(2) Mysterious – These people are mysterious and don’t like to open themselves to any situation. The way they talk and express themselves might feel weird to people around them. But this is not something they do deliberately.

(3) Secretive – The Scorpion bearers of Mars-like to confine their feelings and emotions to themselves. They have boundaries around them and they don’t like anyone to interfere or peep into it. They find peace in solitude and find it extremely uncomfortable when someone pushes things on them.

(4) Complex – The personalities of these people are quite vulnerable. You can find them flipping from one situation to another easily because of which people around them might have a bad impact. They are moody and their behavior reflects the same.

POSITIVE TRAITS OF MARS IN SCORPIO

Mars in Scorpio is the intense kind of people. They might feel harsh to you in situations but then they don’t resist saying what is right. Being the water sign, Mars in Scorpio tends to feel everything deeply which is also the reason why they are too intense. They feel everything too deeply and don’t hesitate from expressing their emotions. They feel it right to do things on themselves rather than seeking help. They are pretty independent and worthy enough to make their decisions.

Mars in Scorpio is the people who depict the image of struggle in the world. These people might be broken but they interestingly know how to take a stand for themselves. No matter what the situation is, these bearers always come with the shiner version of themselves. They understand the value of being better and stand out from others. They don’t resist putting effort into things. When it comes to their relationship, they are pretty private about it in public.

NEGATIVE TRAITS OF MARS IN SCORPIO

The Scorpion bearers of Mars are the ones who don’t like to be indulged in something that brings monotony and regularity. Their inclination of standing out might turn negative for them as they don’t feel comfortable bringing changes or creativity into something. Their expectations from life are too much which is also the reason why being normal is not their zone. When it comes to their relationship, their mate might have to struggle to stay by their side. As they are secretive and mysterious by nature, there can be lack of communication and understanding with their partners which might lead to serious issues.

The complex behavior of Mars in Scorpios might lead people around them to misunderstand them. Their straightforward answers might feel rude to others. It is recommended for them to analyze the situations before and then to react accordingly. Being the watery sign, they are too expressive of their emotions which might seem dramatic to other people around them.

The Scorpions who bear Mars as the ruling celestial body are expressive about their feelings and emotions. They can spice up anything with creativity. But at the same time, they hate to get involved in things that are cliche and which don’t add to their growth. 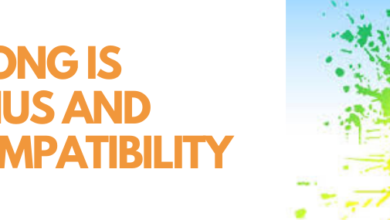 How Strong Is Sagittarius And Virgo Compatibility? 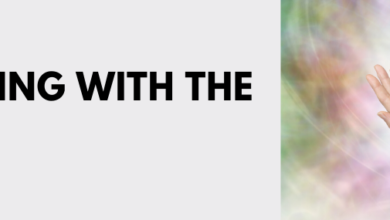 ASSOCIATING WITH THE DIVINITY