Spiritual thoughts have been a source of manifestation for a certain group of people or a few clans who their roots which is quite equal and same for one another, be it in experience, culture, or the ethnicities along with the histories as well. These clans make sure to go for spirituality according to definite needs. They take the help of retreats, books quoting self-help, yoga, meditation, rituals, workshops, and therapies. LGBTQIA+, also known as Lesbian, Gay, Bisexual, Transgender, Intersex, Queer and Asexual carry a certain list of Spirituality deriving their spiritual history. They have made sure to manifest such expressions in the power of spiritual and powerful healing. They got a new name in today’s world, known as Queer Spirituality.

In the ancient days or during certain periods, Queer Spirituality bore the negative beliefs or rather malefic attachments but with the moving time, the wheel has turned into something affirmative. Other than this, other clans or communities are also trying to dive themselves into the ocean of Spiritualism as a matter of justice amongst society. Spirituality has an under-lying meaning as consciously being connected to almost everything that makes a part of our present. There are represented by leaving the thoughts ideas and beliefs of family, religion, places, intimacy, and even the existence of our physical realm. It is like understanding and recognizing that individual journey of experiences made us exposed to the revelation and it is mystical guidance from the Universal Divine.

ANCIENT THOUGHTS ABOUT THE OUEER SPIRITUALITY

The people belonging to the segment of the Queer has mostly been dedicated through spiritual activities and experiences through distinctive cultures. Sanskrit writings of the ancient Bharat (India) reveals that the third gender or the homosexuals were in India and they were also respected. Queers took care of the spiritual advancements through shamans, priests, or priestess.

They have taken care of the monastic cultures from the early era of Christians to the 14th Century.

The people of the Indian American honored the multi dressing of the individual. It never evaluated any gender during that period. They carried out different responsibilities such as visionaries, mediators, healers, mediums between the spiritual and the physical world.

There is the abuse regarding the religious spheres, the Queers lost their spiritual connection that lined their heritage. That is why it is needed to look deep within and claim their previous authenticity as the messengers, keepers, healers, and keepers of charm.

MODERN THOUGHTS ABOUT THE QUEER SPIRITUALITY

Queer are making sure to understand and take care of the faith regarding the communities that support the Metropolitan Community Churches. Queer Spirituality is in existence, even until today. Because people prefer to live in a society of heterosexual people that is why Queer will make sure to bring in the invitation of their own mystical identity. These people should understand the gift of Spiritualism has been showered as a gift to them. Both heterosexual and homosexual communities have been blessed with this universal gift to be of any help to mankind and the situations that they are going through in the present have gone through in the past and might go through in their future. We should respect the gift and the people bearing it as they are the ones that are protecting the society whether we are aware of it or not. They act as a shield for the society that is open to the different fields of energies and the way they influence every individual living in the community or society.

The idea that has been projected in the article is solely the idea of the writer and has no means of intention to hurt any individual’s thought, behavior, or sentimental values. That is why, it would be preferable if no cuss words or hatred is revealed against any definite culture, religion, community, gender, nation, creed, and caste. 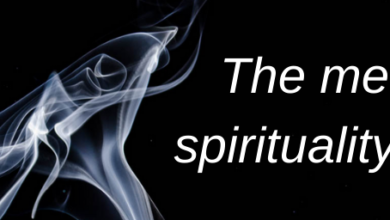 The meaning of spirituality in our life 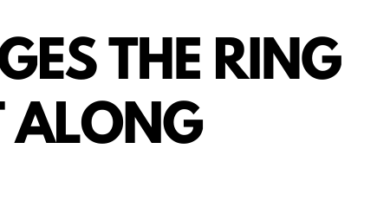