Human’s great interest in knowing about the future happenings has grown in leaps and bounds over the ages with each astrologer making predictions sometimes irrelevant to their peers. While this has sparked off to introduce a significant number of people into the field of astrology, an equal amount of people made efforts to prove that it was by chance that the predictions were being relatable. A great deal of controversial statements keeps happening on a daily basis on this topic. Astrologers had, on many occasions, given the perfect predictions of situations that had happened accurately as deciphered. In many cases, people’s understanding of the prophecy goes wrong, which often leads to the dismissal of astrological predictions. There also exists another group of astrologers that claim to make the best and perfect predictions, which are not astrologers, but cheaters who name themselves so. After being exposed to many such situations, belief in astrology tends to degrade.

Celestial movements and planetary positions are often found to have considerable effects on the life forms, according to astrology. There have been a noticeably higher number of instances where astrology predicted life far earlier than usual. When a person was found to be in deep distress over their emotional, educational, and personal aspects, an astrologer predicted a bright future for him, which he did not believe initially owing to the disturbances he had been going through. Soon, the person had seen the distresses leaving him, giving him a better future, which had flourished quickly over the years. The worst part of his life had been a phase, and as the astrologer predicted, it went on to make him a renowned person. Examples such as this are many, and they prove the influence astrology and predictions have over a person. Zodiac signs solely do not form the basis of astrology, and there are a wide variety of factors that influence the impact of celestial movements on a person.

Modern-day Astrology and its followers

In the present world, a large number of astrological hubs have started both online and offline, claiming themselves to be the best among their clan. Online zodiac based predictors have been undependable with each site giving irrelevant solutions to one’s problems. Most of the websites have a premium policy where they promise to answer questions accurately and not on a general basis. They are expected to predict the future specifically along with the names of people, who the person is related to, and the situations that would happen to them. Many a time, it so happens that these predictions prove to be invalid, causing a loss of money to the users. These are generally the gimmicks used by cheaters across the world, cashing out on the sentiments and beliefs of people. These websites pester the user through the constant mailing of their services until the person is vexed up and subscribes to their premium offers that give the same functions as the non-premium ones, only with a page-long explanation of the scenario, which concludes on the same unspecific note. Apart from these, there are fake astrologers, who, to make a living, divert people in the wrong direction, causing both emotional stress and loss of money. These fake astrologers generally change their location frequently to keep themselves safe from being caught for cheating cases. All these situations end up creating a negative impact on horoscopes that they are false chance predictions. Though the negative aspects cannot be denied, surrendering to them and blinding one’s eyes with disbelief is not entirely appropriate. Identifying the wronged and fake astrologers is indeed a difficult task where many are found to fail. A solution could be going through the astrologer’s records and meeting the people who consulted them previously to have a proper understanding of their nature. Also, keeping belief in one’s self above predictions, zodiacs and horoscopes is a more critical aspect, which would alter the future to become a better situation for one to live.

GEMINIAN - The View of a Gemini on Each Zodiac THE MEANING BEHIND THE DEATH CARD IN TAROT READINGS 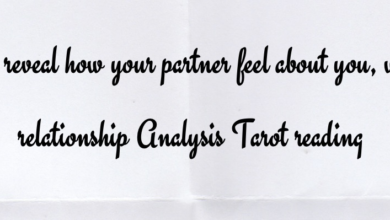 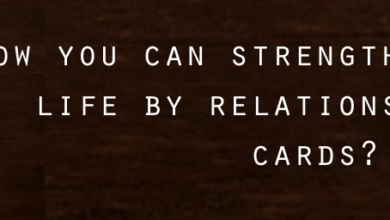 How you can strengthen your love life by relationship tarot cards?