Everyone has heard the phrase- ‘Marriages are made in heaven’. But this saying is actually true only when people with strikingly different personalities end up spending their whole lives together and are extremely happy. To ensure this happens, the Hindu Astrology stresses getting the Janam Kundli done before the couple actually ties the knot.

Irrespective of the time of your marriage, getting matchmaking done is of utmost importance. If the couple is one that is having a late marriage, it becomes highly imperative to understand the in-depth compatibility they have with each other at every level.

The usual method for getting a Kundli is using the date, place and time of the birth of the two individuals. The variables or aspects involved while finding out the Kundli Milan or compatibility for marriage is:

(3) Strength of the Navamsa Chart

For finding out the Guna Milan of the boy and the girl, the position of the Moon in their birth chart or natal chart is taken into consideration.

Under Gun Milan, there are 8 ‘Kootas’ or aspects that are taken into account, which is- Varna, Vasya/Vaishya, Tara/Dina, Yoni, Graha Maitri, Gana, Rashi/ Bhakoot and Nadi.

Each of this kootas account for a certain number of points in the final result for the Guna Milan of the couple.

All of these together make up 36 points of the Guna Milan.

If a couple receives a score of fewer than 18 points, then it is not a favorable match and the couple will most likely be discouraged from tying the knot. Any score of more than 18 is considered to be perfectly fine. However, a higher score is indicative of a more successful marriage.

Generally, this horoscope compatibility is reviewed by astrologers using either the current name or the birth Janam Rashi of the two people.

In other words, in order to understand wedding compatibility, the birth name should be used. On the other hand, to check the love or relation match, the prevalent name of the boy and girl should be used.

However, the uncertainty related to the usage of a particular name need not be taken too seriously. For example, things like daily conduct and relations of the two people should be checked through current names. Things like childbirth and sensual matching should be compared using the birth name of the two people.

This means that both the names have their respective impacts on the native. Matching with both current names and birth names should be checked and whichever out of the two obtain a higher rank should be considered by the natives.

Whichever method you use to find the horoscope matching of the couple, there are a couple of other factors that need to be taken into account before proceeding with the marriage.

One of these factors is the Manglik Dosha or Mangal Dosha. This is a problem associated with the position of the planet Mars in a person’s birth horoscope

When the planet Mars is placed in the first, fourth, seventh, eighth or twelfth house in someone’s birth chart, it is deemed as Manglik Dosha. IT can exist in either the boy or the girl’s horoscope.

The presence of Manglik Dosha can lead to problems like painful married life, irritability between life partners and chances of separation.

Before moving forward with a marriage, it is better to confirm if a Manglik Dosha exists or not. If it does, a Manglik person should marry only another Manglik, so that the Dosha gets canceled.

There some remedies or conjunctions for such cases of Manglik Dosha, where marriage with a non-Manglik can still take place. Some of these are:

If Saturn is placed in the first, fourth, seventh, eighth or twelfth house in the horoscope of a non-Manglik person.

·       Mars is placed in the first house in association with Aries, which is a zodiac belonging to Mars.

·       If Mars is placed in the eighth house in association with Scorpio, which is also the own zodiac of Mars.

·       If Jupiter has a full seventh vision on Mars in the Manglik birth chart.

Also, in the Ashtakoota or Guna Milan system, the Nadi koota accounts for 8 points. If your points in total add up to more than 18, the marriage is considered feasible even if there is some Nadi Dosha in the Kundli.

KUNDLI MATCHING IS BEST FOR AN IDEAL MARRIAGE 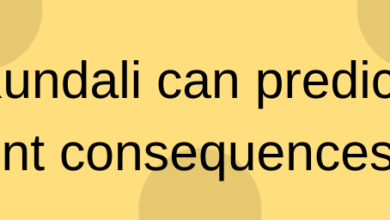 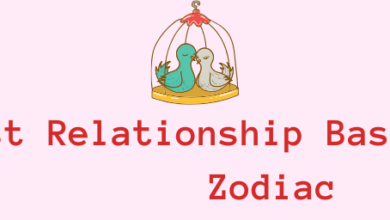 best relationship based on your zodiac