Two major aspects of life are health and wealth, where health is meant to have a disease-free life; wealth is a means to have a safe and secure life. Wealth in terms of happiness is as good as health because the post retirement to aim ahead for a safe and secure life, one should be capable enough of accumulating wealth in the early years of their life. Therefore, dive a look into how business numerology can help you in achieving great heights in your preferred career field-

If we go by identifying the patterns, the majorly triumphant companies in terms of success and earning big fortunes have notably identified common numerology patterns in ‘the name of their businesses’. The business name holds utmost significance when counting the factors of overall success or failure of the business. This clearly gives us subtle hints that money is certainly not about logic, education or personality rather it is all about the celestial prophetic and Birth horoscope.

One by One let us decode the numbers which can set great impacts in the overall success of the business:

The business names with ‘one’ are always the leaders in the corporate world. They are known for leading the business markets. Though companies ending up with number 1 would reach great heights and acquire hugely success but it also cannot be denied of the fact that they will be under various legal complications and controversies.

The number two in numerology signifies balance, fairness, peace, emotions, and intuition.  This number suggests the business lines which have great significance with relationships and networking. Therefore, this number might prove to be great for balanced leadership and inspiring ideas. It can prove to be for individuals with an extreme thinking capacity or any networking business ideas.

For example- The multinational conglomerate holding company which completely owns Dairy Queen, BNSF Railway, Lubrizol, Kraft Heinz, Larson- Juhl, Justin Brands, and Fruit of the Loom, etc.; which is the great Berkshire Hathaway. The other significant numbers in the number 2 series are 11, 29, 38, and 47, etc and other such following numbers which add to 2.

The number of Wealth (Kuber) 33

The number with riches and great wealth for all the business is 33. This number carries an energy of trust and nourishment in a business name. Therefore, more often than not number 33 would be more powerful with creative and service-related vocations and business.

For Example- Walt Disney, a renowned name in the animation industry comes under numerology number 33. The other favorable numbers in the series include 15, 24, 42, etc.

Number five in numerology is generally accepted for a positive change. It is a very successful expression number and carries auspiciousness. Also, it is known for its charisma, entertainment, and people.

For Example- A well-known name like Apple when decoded comes under number 5. Hence, other numbers in the 5 series like 14, 23, 32, 41 etc. will flourish and gain momentum in business via public support.

Number seven in numerology is all about spirituality and soul growth. This number is always surrounded by an air of secret and mysticism around itself. The seven generally look at life from an altogether different perspective, looking at the uniqueness and paying attention to the details of the unknown territories. The same goes for business aspects from this number, it carries special business energy which is always about search and knowing the ‘unknown’.

For example- Leading companies in the market like Google and Amazon is all about search and exploring the unknown. The other favorable numbers in the 7 series are 16, 25, 34, 52 and other such numbers which add to 7.

Eight is considered to be a leading and powerful number when it comes to astrology. It carries overall energy of abundance, power, and success around itself. Although, number eight is about big fortunes and great success, however, this number cannot be used by everyone in the business to attain success. Number eight can prove to be beneficial and fruitful only for individuals who have an influence of Saturn in their lives as told by the corporate numerology. That is if Saturn is well placed, then the business would grow and reach success heights like anything, whereas if it is ill-placed the business would eventually get destroyed and come to an end.

For example- When decoded corporate giants like Morgan Stanley comes under number eight. The other favorable numbers in the eight series can be numbers 17, 26, 35, 44, and more such numbers which end up with the sum eight.

Number nine in numerology is most of the time denoted by transformation and completion of a major cycle. This number seeks for a bigger picture and a long term effect. When it comes to change and transformation in a positive direction, number 9 is the only one after number 5 to be the most influential numbers in the business numerology and also otherwise. The powerhouse number nine is considered to be a divine and magical number and assist the one influenced by this number to live in their power. Thus, this number carries exceptional energy as a coach or an influencer in some way.

For example – Companies like Ford Motor and FedEx when decoded comes under divine number 9. The next favorable number in the nine series are 18, 27, 36, 45, and so on. 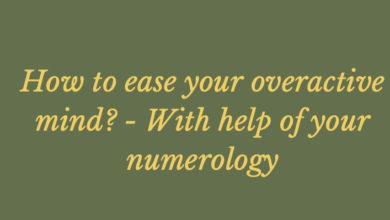 How to ease your overactive mind? – With the help of your Numerology Message! 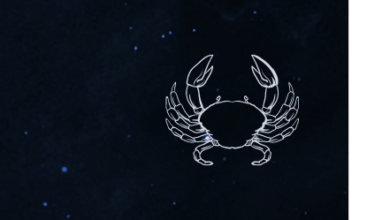 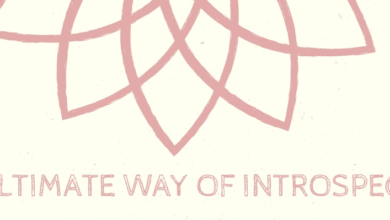 Significance of Neptune in Sagittarius