There are a different number of houses in the Kundali or you can say the birth chart where each house is occupied by a particular God. The horoscope matching which is popularly known by the term Kundali Milan or Kundali matching takes place usually at the time of marriage to check the compatibility of the bride and groom.

In Indian Hindu astrology system, it is believed that Kundali Milan is an important task which is needed to take place in order to ensure the compatibility of the bride and groom as well as the quality of marriage life.

The seventh house in the Kundali chart belongs to the aspects of marriage, relationship, peace, harmony, quality aspect of marriage, and so on. However, it just does not mean that it is only limited to the concern of marriage and relationships. It is also related to the business perspectives which are concerned in our lives.

No auspiciousness is related to the placing of Rahu in the seventh house. It denotes obstacles and hardships in life and reflects the inability to find a suitable life partner. Even if all the other planets do the task of reducing the negativity, the placing of Rahu creates a large amount of negative effect on it.

The negative influences become strong when the other planetary positions do not form the alliance in a proper manner and the inauspicious planets get placed along with the Rahu in a particular house.

It is believed that the person who has Rahu in his 7th house would turn to be a dominating person who would try to establish his dominance on the persons around him or her. A person under such conditions would not be able to possess the socialization quality and would have very few strong bonds as a result.

Since the placing of Rahu is not considered to be auspicious, there will be many people around him or her and would not at all be trustworthy. They would try to create a good image or would pretend to be with him or her but the reality would be different.

All those people who possess Rahu in their 7th house of their Kundali would not be able to get the loyalty in their life. They themselves will not be completely loyal in the relationships.

A lot of difficulties lie in the life of such a person and he or she faces such problems at different walks of life. This may include relationships, success, and many other paths of life.

They would be more likely to engage in safety for them because they might get surrounded by their enemies who may or may not directly attack them in different ways to turn the person down.

It is highly advised for such people who have Rahu in their 7th house in their Kundali that they should not or you can say must not marry before the age of 21 as if they do so, they are more likely to suffer through losses in different aspects, whether it is business or their married life.

Rahu is said to disrupt and adversely affect health status. If the Mercury, Venus or Ketu gets placed on 11th house, along with the placing of Rahu at 7th house, then it is said that the native of such Kundali is more likely to suffer from headache problems frequently and his or her sister, wife, or son would get affected very badly.

People who have Rahu in their 7th house should remain very cautious while taking any step whether it is in their marriage or in business. It is believed that such natives are not successful in the field of trading and business and are more likely to face a big loss on the money front due to the lack of loyalty and void actions of their partners.

It is said that the natives of Rahu, who is placed at the seventh house of the Kundali, have to suffer a lot in their life and have to face losses at each and every step throughout their life.

So, in order to reduce the effect of the Rahu on the Kundali, the expert astrologer’s advice the natives to chant Mantras. One such mantra, which is deemed to be a must for reducing the effect is the Rahu Mantra which should be like “Om Bhram Bhreem Bhrom Sah Rahave Namah”. This Rahu mantra should be chanted nearly 18000 times within a span of 40 years in order to get the ultimate effects and reduce the adverse effects of the Rahu on the daily lifestyle.

After this 40-day period of time, one should not think of it as an end. Since Rahu has been in the house for a long time, so after this span of 40 days gets over, the native should start to Jaap 1 mala of Rahu mantra every day to keep the adverse effects and negative vibes blocked and avoid its effects in reaching and affecting the daily lives.

Another effective remedy which can be taken into consideration by the native is to keep a yantra with themselves in order to avoid the negative aspects. It should include only those yantras which prove lucky for their life.

Simple remedies can be used as a part to reduce the malefic effects of the planets. These remedies can help to ease down the problems and improve overall conditions of daily life activities by improving the good luck in the native’s life. It is believed that the Yantras for different planets usually attract positive vibrations by neglecting the negative ones from the native’s life and bring good luck by bringing positive vibrations from each planet.

The Rahu yantra is considered to be a tested and a popular remedy for the adverse effects of Rahu. One can also worship Lord Shiva and offer belpatra at Shiva temples. The Perfect Guide to Choose Presents for All Zodiacs 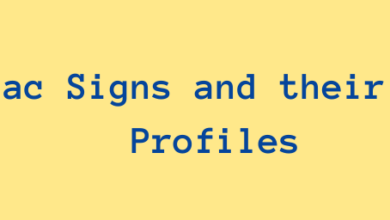 Zodiac Signs and their Money Profiles 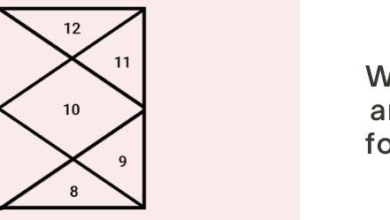 What are Doshas and how do they form in Kundalis?