“To be able to make statements, you need to be confident about what you think. You need to have a sense of right and wrong.”

Sushant Singh Rajput, a name that did not leave our mind even after a week of his demise.

The reason is not because of the suicide he committed or it strikes some other revelations about his death in the broad day light.

Sushant cannot be tagged as a star or an actor of Bollywood. He was a person with extraordinary ideas and thoughts for the evolution of the Universe in the perspective of both scientific and philosophical aspects.

He had a dream to do something beyond living life, he connected to people with a warm aura of affection. Such people are meant to stay in our hearts due to their beautiful thought towards life.

Sushant was born in the city, Patna of the state, Bihar. After his mother’s death, his family moved to Delhi. He has been a person of wit and dedication since childhood. He stood 7th in the DCE Entrance Exam in 2003. He was a National Olympiad Winner in Physics as well. He dropped out of engineering to pursue his career towards acting.

After getting enrolled in Shiamak Davar’s sessions for dance. He slowly engrossed himself towards the interest of acting after meeting various well-known people of drama classes. After a few months of being a member of the dance troupe, he performed at 51st Filmfare Awards, 2005, as a background artist.

In 2006, his trope also performed at the opening ceremony of the 2006 Commonwealth Games in Australia.

Later, he moved to Mumbai and joined a theatre group Ekjute, owned by Nadira Babbar. In the following time, he was chosen for a TV advertisement for Nestle Munch. This became quite famous and was well appreciated.

His first cast in the Balaji Telefilms was in the year, 2008. It was for the role of Preet Juneja in the show, Kis Desh Mein Hain Mera Dil.

Later in 2009, he starred as Manav Deshmukh for the show, Pavitra Rishta. he was the leader of the show along with Ankita Lokhande.

In May 2010, he auditioned for the dance reality show named Zara NAchke Dikha 2.

His first movie was Kai Po Che! This movie was adapted to the novel, The 3 Mistakes of My Life by Chetan Bhagat. He acted along with Rajkumar Rao and Amit Sadh.

Hist second movie was Shuddh Desi Romance along with Parineeti Chopra and Vani Kapoor in the spotlight.

In his role for the film, PK was well desired by the audience. He worked with Aamir Khan and Anushka Sharma in the movie.

His movie over the mystery thriller, Detective Byomkesh Bakshy! was based on the novel, Byomkesh Bakshi, written by the famous Bengali writer Sharadindu Bandyopadhyay. It was produced by Dibakar Banerjee.

Later, he appeared for the biopic, M.S. Dhoni: The Untold Story. This movie was based on the life of the Indian cricketer, Mahendra Singh Dhoni. He was also nominated for the Filmfare Award for the Best Actor for the applauding role that he played.

He appeared on the movie, Raabta alongside, Kriti Sanon.

He acted for the role of Mansoor Khan in the movie, Kedarnath, 2018. This was based on the floods that took palace in Uttarakhand in the year 2013. He acted along with Sara Ali Khan.

He appeared as a lead in the movies named Sonchiriya and Chhichhore.

His last movie was Dil Bechara, which is the remake of The Fault in Our Stars. The movie is yet to be released.

Sushant was found hanging at his residence of Bandra in Mumbai. There is an active investigation going on for the truth to be enfolded behind the reason for the versatile actor’s demise. The death has risen a sense of enragement amongst the people and the fans to understand the difference between the lies and the truth. Justice has demanded the sudden death of our favorite actor.

The reason behind the suicide according to the Astrological terms

Sushant’s ascendant was Rahu. Rahu was in the house of Ketu and residing in the 7th house along with Mars. This arises in a situation of irritation, arrogance, and irrational thoughts. These are likely to take place almost with anyone having such positions of the planets in the time period. This also depicts his pro-active nature, healthy body, and a compassionate soul.

Due to Mars being in the house of Jupiter and subsiding with the Sun. Both the Sun and Jupiter were in the 10th house. It indicates a rapid and unpredictable shift related to career.

He was going through the Maha Dasha of Jupiter and Rahu anthra. Jupiter involves as a result of the person’s own deeds- be it in this present life or past life. Rahu anthra indicates evolving of situations for their own means. These indicate a setback in the means of career, lifestyle, or growth.

Due to Jupiter being in a weak position, it is a sign of unexpected happenings or situations, drawbacks, and severe danger. It can be fatal as well.

Going through the Bhava chart, as Jupiter is in the down position in Aquarius, it indicates human interference. By connecting the dots with the tragedy, it was not a normal suicide. There were people involved. It might be in any sense- be it mentally or physically. This could have been diverted through proper rituals through puja.

Concluding with the notes in the memory of Sushant Singh Rajput, we were gifted with a genuine soul who wanted to create a world into a better place to live in. 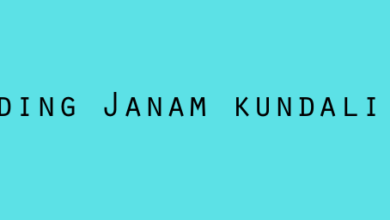 What Does The Gemini Monthly Love Horoscope Say? 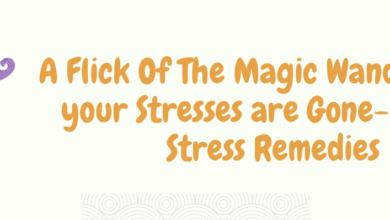 A Flick of the Magic Wand, and All Your Stresses are Gone- Simple Stress Remedies 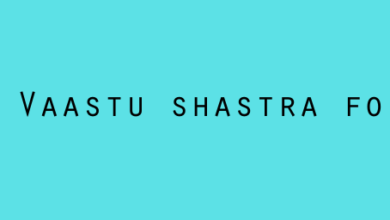