Venus is ruling planet of Libra, which is the planet beauty, luxury, charm, and everything good. As the effect of Venus in Libra man appreciates harmony, feminism, beauty, and love & are attracted to women with charm, the good physique has beautiful appearance & is graceful. Venus in Libra, makes Libra men fall hard for their love is true & long-lasting one which does not seem real to the whole world.

But will be the most beautiful thing a Libra can feel & their partner can get from them(Venusian Libra.)

Venus present in Libra man can be the sophisticated one & the are very fond of culture, tradition, art & anything creative and artistic. Venus in Libra also makes them loyal, understanding, helping & reliable people.

Well to know, more and in detail about Venus in Libra, let’s begin our journey with the ruling planet of Libra, Venus itself.

The Ruling planet of Libra “the Venus”:-

In astrology, the planet Venus is considered a female planet.

As per Venus in Libra compatibility house, Venus is also considered to be the causative planet of husband-wife, love affair, luxury, opulence, bliss, etc.

If the position of Venus in the horoscope is good, then the person spends his entire life with enjoyment, bliss, and opulence.

A person affected by the planet Venus has a gentle and very beautiful personality.

If Venus gives the auspicious effect in one’s horoscope then the person is attractive, beautiful, and adorable. The native remains happy throughout his life due to the special effects of Venus.

Venus gives the native the pleasure of house and vehicle etc. with his influence. In the planets, Venus has jurisdiction over all the pleasures of luxury.

The brightness and glory of Venus is different and unique from other planets.

For Libra, Venus is the ruling planet. The heavenly body indicates aesthetics, tenderness and conflict-freeness.

Men are in constant pursuit of Libra beauty, they are idealists and perfectionists who do not tolerate defects. Even the smallest defect causes hatred in Libra.

Venus in Libra, for a man is responsible for his preferences in choosing a loved one. He creates the image of her ideal woman, in his subconscious mind and starts search for the same.

However, many more things are also there which plays an important role in choosing the right life partner for one.

Venus in Libra men gives them the ability to attract love. They tend to be a very charismatic and charming people.

For such a person, any work of art is food and oxygen for their soul and mind, without which they cannot exist.

A person with Venus and Moon in Libra has a strong relationship with their mother.

Character traits of a person with Venus in Libra:-

Venus in Libra is convinced, he has a deep desire for justice. Such men seek an ideal in everything, they value harmony and their own inner peace.

When Venus is affected, they face imperfections in their work and suffer from the fact that the representation of their ideals is not the same as society’s view of the world.

Venus in Libra give them the ability to connect with people around them, but they meet true love only in adulthood.

Venus in Libra in bed has a secret personality, with their own deep inner world.

Despite the external exposure to care and warmth, the Libra can remain cool and isolated inside.

A person with Venus in Libra is romantic, but the intimate side of the relationship is not so important to him.

Some representatives of the sign prefer platonic relationships, not seeking sex. They are attracted by aesthetic pleasure and spiritual food.

If the woman does not accept his man’s point of view, and demands intimacy, the relationship is a sign of breakdown.

Realizing the conflict, Libra, neglecting his own interests, will do everything avoid its rise.

The male Libra will try to find a compromise in resolving any issue, showing others that the problem can be eliminated in a diplomatic way.

However, when this method does not work, Libra slowly walks away from the conflict. But this does not mean that the Venetian Libra is a coward.

In life-threatening situations, they can protect themselves and their loved ones.

Positive Traits of Venus in Libra:-

Venus in Libra guy makes them a real gentleman. It promotes their love & need for justice and loyalty.

He always shows the expression & love of his emotion to their loved ones. But also Venus makes their emotion logical one & guides them towards better.

There are rarely any negative trait generated by Venus in Libra.

Negative traits of Venus in Libra:-

The negative effect of Venus in Libra makes them obsessed about something or someone they love.

Venus in Libra, makes the Libra man more rational & logical at times, which are prove harmful.

And at opposite times, they fall so deeply with someone that makes them not see their negatives & true color which people can take advantage off.

Also, Venusian Libra man over-trust people which led others to betray them.

Well to conclude this, I will say friends that Venus is beneficial for Libra individuals and men, also being ruling planet, it enhances utmost qualities of Libra and makes them a perfect man, for everyone.

What happens when Libra Woman is hurt? 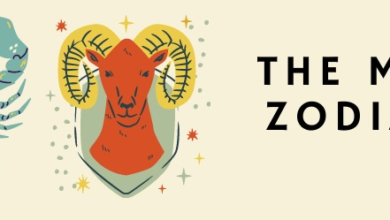